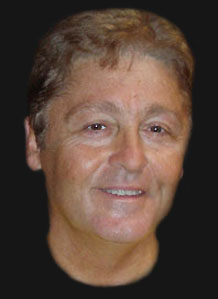 “…artists face a fundamental hurdle trying to represent the molecular landscapes of various materials, where features are measured in nanometers… For abstractionists like Mr. Orfescu though, such limitations are simply invitations to let color and shape-shifting run wild.” (The New York Times)

“NanoArt is a glimpse into an unbelievably tiny world that only a small number of scientists have viewed. For the average person, the realm of nanotechnology — that is, structures smaller than a billionth of a meter — is as remote and inaccessible as the moon. But nanoartist Cris Orfescu wanted to change that. He created the NanoArt Exhibition to share the beauty of the nano-world with those of us living in the macro-world… Although you may be interested in learning what the image is, Orfescu wants the public to see the nano-world independent of its source, for just its simple beauty” (Discovery News)

“Artist and scientist Cris Orfescu manipulates chemicals and creates nano-sculptures, which he then blows up into large artworks with an electron scanning microscope.” (The Wall Street Journal)

Cris Orfescu was born in Bucharest, Romania, and lives and works in Los Angeles since 1991. He is a self-taught artist and also a degreed scientist who is experimenting for over 40 years with different media and art forms including digital art, murals, acrylic and oil painting, mixed media, faux painting, trompe l’oeil, collage, graphics, animation, web design, video, multimedia.

For more than 30 years he is experimenting and perfecting a new art form, NanoArt, which reflects the transition from Science to Art through Technology.

“Shouting their presence in loud shades of red, blue and yellow, artist and scientist Cris Orfescu’s images look first like abstract pieces. The colorful curves, angular lines and sudden bursts that command the canvases appear to be the fantastical expression of the artist’s whim and creative taste…Orfescu’s partner in the exhibit, photographer Rick Chinelli, said “personally, I think that Cris works on another level both physically and mentally.” (Pasadena Star News)

“Cris Orfescu lives in a fun universe, populated by phantasmagoric creatures which one would say come from another planet… In his studio-lab he is having a good time sculpting the imperceptible.” (translated from the French magazine Stuff)

“Cris Orfescu is one of the most actual artists, a child of our time, a post-literary epoch, when we experiment the co-existence, even merging of fields heretofore exhibiting autonomous profiles in time: that is, philosophy, art and science/ technology… Every solo show by Cris Orfescu is a cutting-edge show of post-literature (I also named it, Leonardo’s paradigm), a true memento of our epoch, where philosophy, art and science/technology (nanotechnology) are intermingled. Modulations of dynamic forms, vital intensity of radiant, bright and expressive colours, structured by a wild harmony of the invisible world, are all subordinated to a secret music of spheres. In all his assertions, Cris is convinced that the old language of art is no longer adequate for the human actual consciousness. Cris Orfescu is a Fauvist of the micro-universes.” (The Alchemical City)